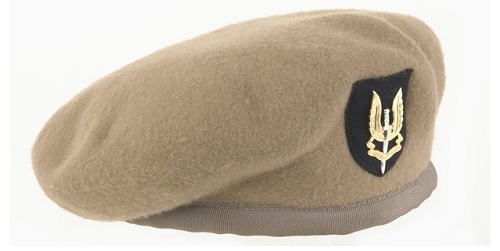 The command and control arrangements for the Special Air Service Regiment (SASR) are being strengthened.

The command of SASR will be elevated to a Colonel (O6) position from a Lieutenant Colonel (O5) position to ensure sufficient capacity and appropriate oversight for the complex missions SASR is expected to perform in the future.

The Minister for Defence the Hon. Peter Dutton MP said the strengthening of command and control of the Regiment would prepare them for the challenging decade ahead.

“I am pleased that we are strengthening the command and control of the Special Air Service Regiment (SASR),” Minister Dutton said.

“Command of the SASR unit will be elevated to a Colonel, and, where appropriate, increase the qualifications and experience of those who oversee sensitive operations.

“This is a critical reform to prepare the SASR for future conflict, getting them back to basics and focused on the challenges ahead.

“We have seen the skill and acts of bravery of the SAS in just the last week from the work that they have done in Afghanistan. Those men and women who serve in the SAS are an incredible asset to our country.”

The Assistant Minister for Defence the Hon. Andrew Hastie MP said the changes would see an increase in the qualifications and experience of those who oversee sensitive operations.

“These are important and historic changes that will ensure the Regiment’s leadership is mature, experienced and better qualified to command sensitive strategic missions,” Assistant Minister Hastie said.

“This is a new era for the SASR: making it stronger and ready for the challenges ahead.

“SASR command reform will modernise the Regiment for the demanding strategic challenges of the coming decade.

Over the past three decades, the complexity of the operating environment has steadily increased - since the creation of a counter terrorism capability - and driven by SASR use of strategic and operational assets, the development of interagency networks and integration of cutting-edge technology on operations.

The elevation of the commanding officer to a colonel position is an important recognition of the span and complexity of command in the SASR, and will be critical to preparing the ADF for future contingencies and conflict.