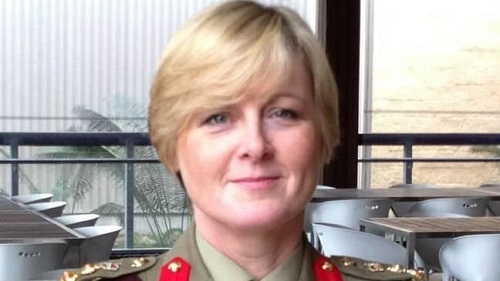 Minister Reynolds comes to the role following a brief stint as the minister for defence industry. She was elected to the Senate in 2014 following more than 20 years’ experience at the national political level working for ministers, members of Parliament and the Liberal Party of Australia.

Minister Reynolds served for 29 years in the Australian Army as a Reserve Officer in a wide range of part and full-time appointments. Minister Reynolds combines a wealth of political, academic and professional corporate experience, including:

Minister Reynolds was the first woman in the Australian Army Reserves to be promoted to the rank of Brigadier and was awarded the Conspicuous Service Cross, she has completed a Master of Arts (Strategic Studies).

The new Minister for Defence Industry, Melissa Price, has an extensive professional career including working for leading Australian law firm Clayton Utz. She also has more than 20 years' experience in the private sector, working in the mining and grain industry in a variety of commercial and legal roles, including iron ore company Crosslands Resources, which is owned by Mitsubishi Corporation.

Minister Price was elected to Parliament in 2013 and joined the joint standing committee on agriculture and industry, indigenous affairs, and infrastructure and communications, and the joint select committee on northern Australia, to represent the electorate of Durack on a range of important issues.

New Assistant Minister for Defence Alex Hawke was elected at the 2007 election as the federal member for Mitchell, an electorate centred on the Hills Shire in north-west Sydney. Minister Hawke will also be responsible for the International Development and the Pacific, which has been re-elevated to a full ministry position.

Minister Hawke holds a master's of government and public affairs and a bachelor of arts degree from Sydney University. He has also served as an Army Reserve Officer.

The new ministry is expected to be sworn in Wednesday, 29 May at a ceremony at Government House in Canberra.