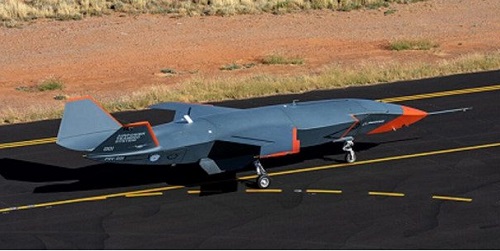 According to Boeing, in this latest round of test flights, the first Loyal Wingman aircraft – which performed its inaugural test flight in February this year – demonstrated new additional key characteristics, including the first time its landing gear was raised and engaged.

RUAG Australia supplied the landing gear systems to the aircraft and BAE Systems Australia was integral in the design, supply and support of the flight control and navigation systems tested as part of the flights, Boeing said.

“This is a great achievement for homegrown, Australian autonomous capabilities,” said BAE Systems Australia CEO Gabby Costigan. “Our partnership underpins a shared commitment to develop sovereign technologies and deliver a cutting-edge program for the nation’s defence.”

Chief of Air Force, Air Marshal Mel Hupfeld lauded the achievement – noting that it has demonstrated the benefits of collaboration between Defence and the local defence industry.

“The Loyal Wingman sets new standards for capability development and shows what collaboration between industry and Defence can achieve,” Air Marshal Hupfeld said.

“Flight testing is increasing throughout the year, and we are on the way to teaming the Loyal Wingman aircraft with existing Air Power platforms.”

“It is so exciting seeing two aircraft in the air as the Loyal Wingman continues to excel in the flight-test program,” said Air Vice-Marshal Cath Roberts, RAAF head of Air Force Capability.

“This opens up significant capability agility for Air Force, particularly with features such as the reconfigurable nose.”

“We’re heavily engaged in the payload development and the element of surprise that it gives us in the battlespace. You never really know what’s in the nose,” said AVM Roberts.

Boeing has partnered with the RAAF in order to design and build the Loyal Wingman – an unmanned aerial vehicle and the first military combat aircraft designed, developed and manufactured in Australia in half a century.

It measures 11.7 metres long, has a range of 2,000 nautical miles, and is expected to deliver fighter-like performance, while also offering intelligence, surveillance and reconnaissance capabilities.

The drones are designed to leverage artificial intelligence to fly independently or in support of manned aircraft while maintaining safe distance between other jets.

The Australian government initially ordered three aircraft, but has since doubled the size of the fleet, following the Loyal Wingman’s first successful flight in February 2021.

Three systems from phase one of the project are scheduled to be delivered by the end of 2021.

So far, in excess of 35 local companies have worked on the program such as Whitehorse and Form 2000 – two Australian SMEs that partnered on the manufacture build-to-print components of the aircraft. Other companies include Ferra Engineering, AME Systems, Allied Data Systems and Microelectronic Technologies.

The news comes after Boeing unveiled the launch of a new final assembly facility for the Loyal Wingman at Toowoomba Wellcamp Airport in Queensland.

The facility’s initial development is set to take place over the next 12 months. It is not yet known when the facility will be operational.