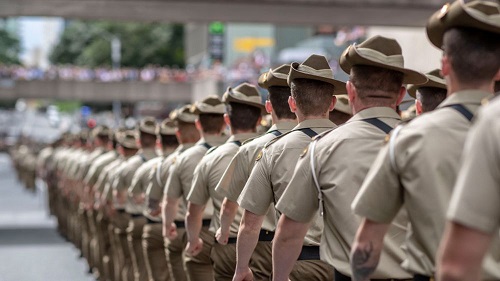 Prime Minister Anthony Albanese has announced a comprehensive strategic review of the Australian Defence Force amid concerns about a "capability gap" in the country's armed forces.

He said the review was aimed at ensuring the ADF was well positioned to meet Australia's security challenges over the next decade and beyond.
"This review will prepare Australia to effectively respond to the changing regional and global strategic environment and ensure that defence's capability and force structure is fit for purpose, affordable, and delivers the greatest return on investment," Albanese said.
Albanese said the review will be headed by retired defence chief Sir Angus Houston and former Labor defence minister Stephen Smith.
Albanese said the review was being held amid growing tensions in the Asia Pacific region, with China showing greater assertiveness.
"We live in an era where there's strategic competition and increased tension in our region," he said.
"And where China has taken a more aggressive posture in the region."
Albanese also defended the selection of Smith after some commentators criticised his record as defence minister in the former Gillard government when he oversaw cuts.
Defence Minister Richard Marles said the review would be the most exhaustive for decades.
"This will look at questions of force structure, look at questions of capability, it will ask and answer foundational questions about given our strategic circumstances: what is it that we want our defence force to do on behalf of our nation in this moment?" he said.
He said it would run concurrently with Australia's involvement in the AUKUS defence pact with the US and Britain, under which Australia will acquire nuclear-powered submarines.
"Given the significance of that platform, it's really important that both bodies of work happen concurrently and are able to cross pollinate each other," Marles said.
"Professor Smith and Sir Angus bring a unique blend of knowledge and experience to their role as independent leads," he said.
"Their depth of expertise will be invaluable in the informing this review."
Albanese said the review would also identity gaps in military resources planned for the ADF and what has been delivered.
"There is a gap there between capability and what has actually been promised in the past," the prime minister said.
"There are significant delays in delivery of what has been promised."
Similarly, Marles also said the review would examine major defence projects over the coming decade.
"We're going to look at the integrated investment plan over the course of the next 10 years to make sure what we have as a schedule of procurements does meet the challenges that our strategic circumstances present."
Marles said the federal government has asked the reviewers to report their findings by the first half of 2023.
Source: 9 News