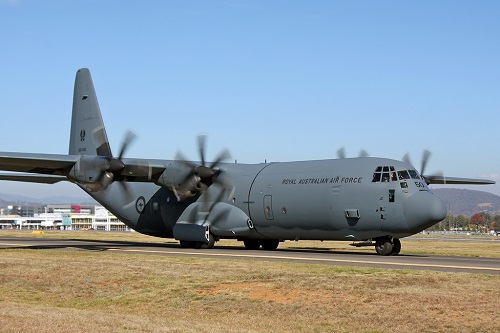 Airbus Australia Pacific (Airbus) has been awarded a two year contract extension to provide sustainment services through to 2024, including engineering, maintenance, and supply support for the Royal Australian Air Force’s (RAAF) C-130J fleet.

“The contract extension out to 2024 will secure the ongoing employment of approximately 220 industry personnel, located at RAAF Base Richmond.”

“Australian content is valued at approximately $110 million for the two year extension and comprises about 62 per cent of the contract,” Minister Ciobo said.

The RAAF No 37 Squadron operates 12 C‑130J Hercules from RAAF Base Richmond, New South Wales. The fleet has been supported under contract with Airbus since March 2009.